A solid start on British GT

We had a fantastic race at Oulton Park. With a P2 and a P3 this weekend, we have placed ourselves at the top of the British GT4 in our McLaren 570S GT4 fore HHC Motorsport. It has been more than a year since I last had a race, but obviously I have not forgotten what […] 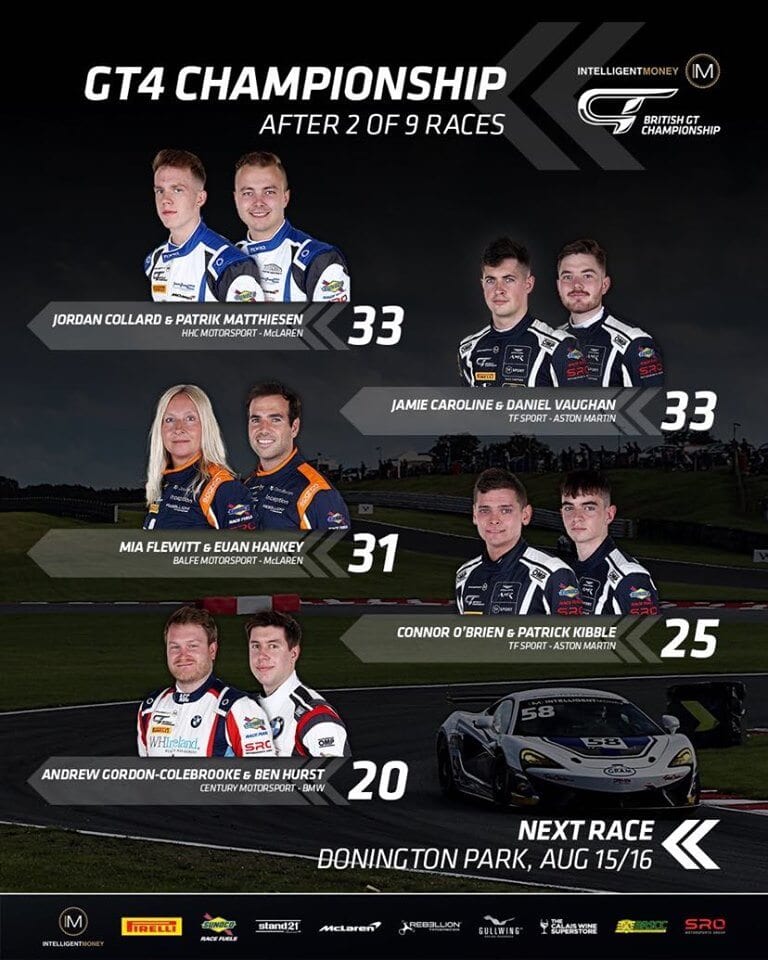 We had a
fantastic race at Oulton Park. With a P2 and a P3 this weekend, we have placed
ourselves at the top of the British GT4 in our McLaren 570S GT4 fore HHC Motorsport.

It has been
more than a year since I last had a race, but obviously I have not forgotten
what to do. We qualified as P3, and I started the first stint. It was perhaps
one of the hardest races for me. Competitors where fast and I had to fight hard
to keep the Mustang behind me. I was a bit lucky as an Aston Martin came up to
the Mustang – that gave me a bit of air. It was a huge relief to watch Jordan
getting the car pas the checked flag on P2.

The secund
race of the weekend was however not much of a race. Jordan had the first stint
and when I got in the car, I had one flying lab, as several crashes on the
track resulted in the rest of the race took part behind safety car. I had hoped
to get just a couple of more race rounds, as the P2 was a possibility, but we
had to settle with the P3.

With that
said I am relieved and happy with the start of this 2020 season. After a hard
2019, with a not performing car, it is tremendous nice to be able to race
again.

I am now back
in a car and with a team, that can be in front. Jordan and I have a very good cooperation,
we complement each other in a great way, so I am very excited about this
season.