The penultimate round of the British GT Championship, was held this weekend. We took home two strong results together with @HHCMotorsport, staying in close contention for the GT4 title. During the two free practice sessions, we topped the standings. The good performance continued through to the qualifying session, as we took a first and second starting […] 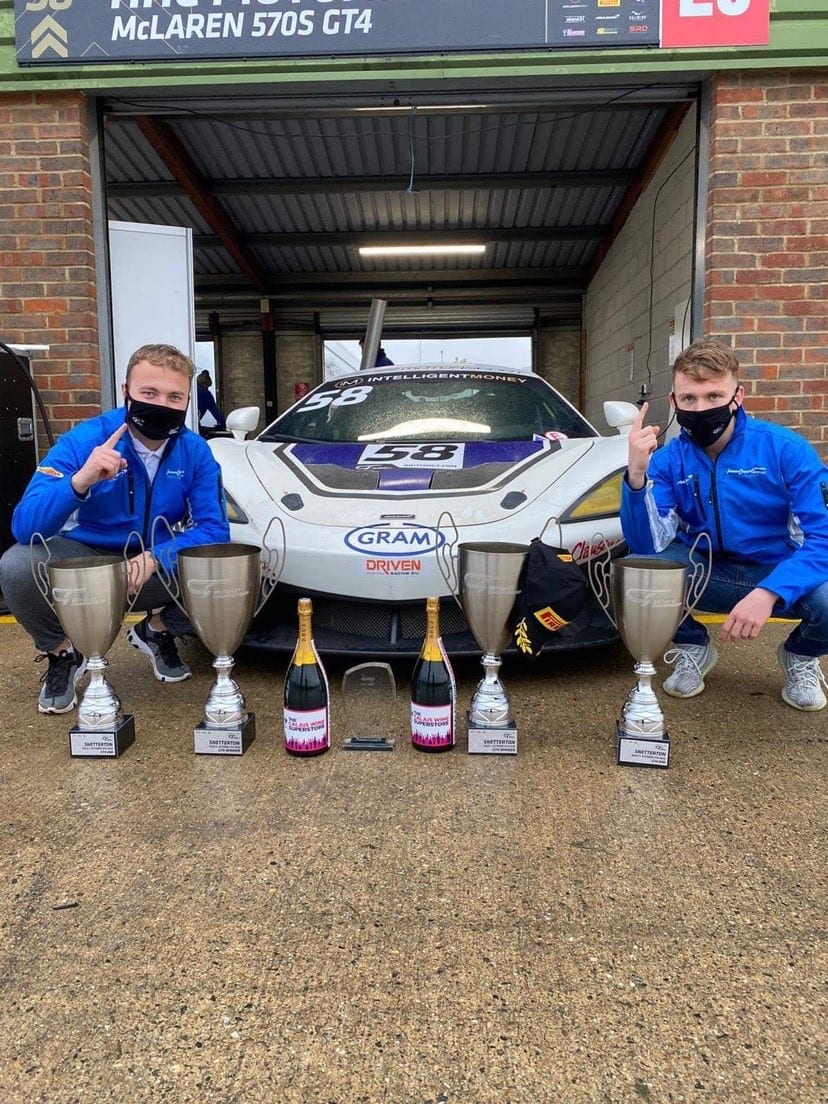 The
penultimate round of the British GT Championship, was held this weekend. We took home two strong results together with @HHCMotorsport, staying in close contention for the GT4 title.

During the two free practice sessions, we topped the standings. The good performance continued through to the qualifying session, as we took a first and second starting position for the races.

The rumours about the McLaren and Snetterton being a good match proved right – the car was absolutely splendid around the track. The rain didn’t exactly make it worse, so we were quite competitive from the start, even though we didn’t do any testing before the weekend.

We have been doing a lot of simulator practice and mental preparations, and the guys at HHC took all their knowledge and experience to come up with a base setup. That way, we already knew our way around the track, and we only did a few small adjustments to the car.”

The first race saw Jordan Collard starting the race behind the wheel of the #58 McLaren 570S GT4. Collard did a great job enabling him to pit as the leading car. The ten second success penalty from Donington had to be taken before Patrik could continue the hunt for trophies, and the Dane exited the pit right into a battle for positions – which made for a good thirty minutes hard work.

I had to do a bit of fighting for positions in my stint, and as I came clear of it, only an incident or safety car would put me in contention for the win. I settled for second position, taking good care of the car on my way to the chequered flag.

In the second race, I started the race. After a hectic beginning, I had to fight my way back from fifth to give my team mate the best chance to finish the race on a high.

The start was quite chaotic, and it cost me a few places being at the wrong place at the wrong time. I climbed back to third place before handing over the car to Jordan. Jordan Collard kept the pace high and were able to catch up with the two Aston Martins in front, and, eventually overtake them on his way to this years’ second victory for the HHC Motorsport.

It’s been quite the weekend. The car has been absolutely fantastic, and the team spirit has been high as ever. We would have liked another win, but serving that ten second penalty in race one, I don’t think we could have hoped for more.

We are now second in the GT4 ranks – only 2.5 points behind the leading car.

The season finale at Silverstone will definitely provide spectacular racing as three cars are still in the fight for the championship. With the race being held in the beginning of November, there is no doubt that the weather will play its part in the outcome.