Patrik Matthiesen secures GT4 Silver at challenging British GT finale The Danish racing driver has written himself into the history books of the British GT Championship, by becoming the highest finishing Dane ever. The championship was decided at the final round held at Silverstone Circuit, with Patrik and teammate Jordan Collard challenging for the GT4 […] 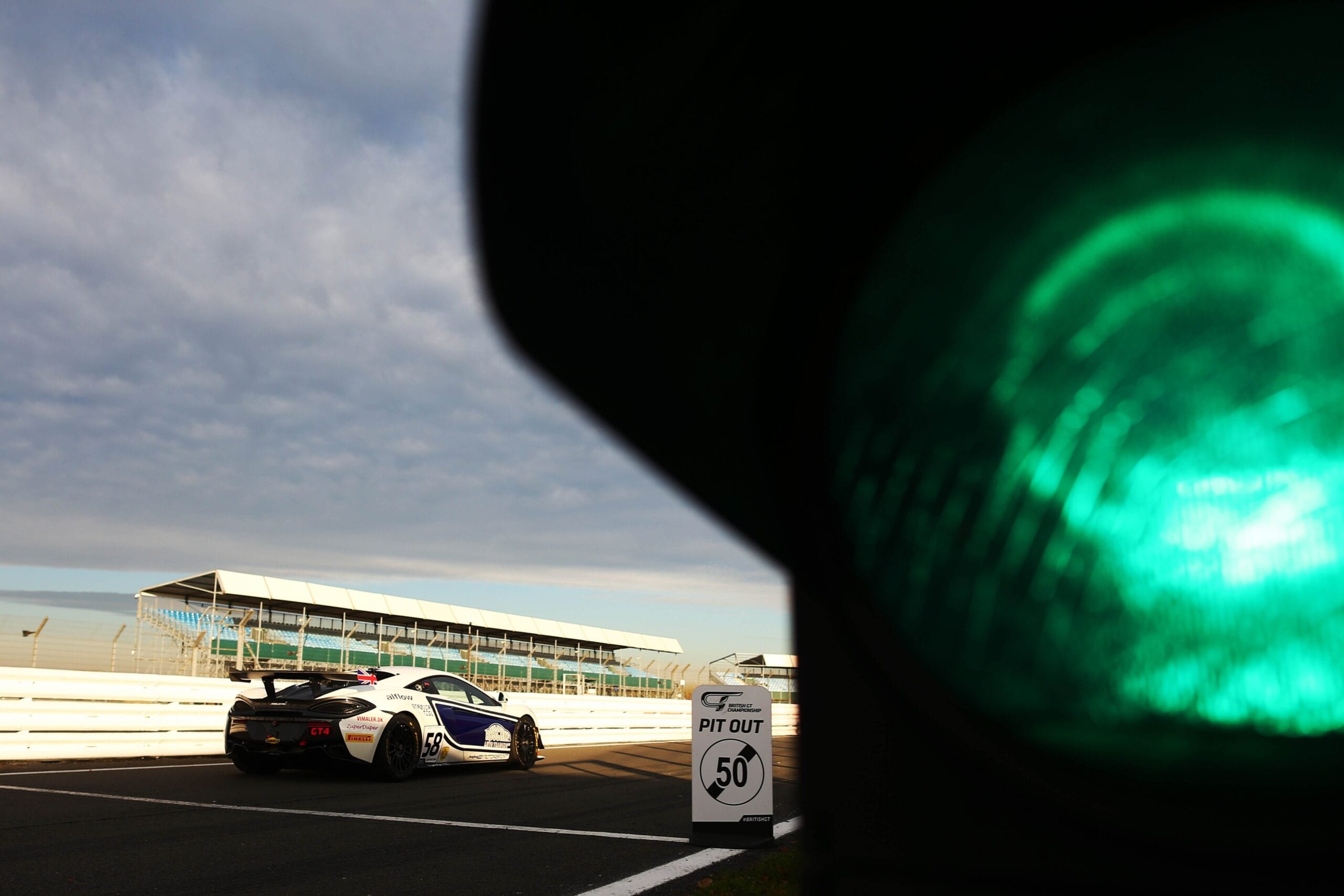 The Danish racing driver has written himself into the history books of the British GT Championship, by becoming the highest finishing Dane ever. The championship was decided at the final round held at Silverstone Circuit, with Patrik and teammate Jordan Collard challenging for the GT4 championship win all the way to the checkered flag.

Arriving to UK (and only just avoiding the restrictions on Danish travelers to the UK), Patrik and Jordan Collard were in close contention for the championship honors. Despite “only” taking second place, the Dane is nowhere near as disappointed, as you could imagine:

“Disappointed – of being second best in the toughest field of GT drivers in the toughest national GT championship of the world? That would be rude, wouldn’t it? I would have loved to win the championship with Jordan and HHC Motorsport, but this has been an absolutely fantastic season, where both the team and I have proved ourselves in such a challenging championship”, says Patrik, who is back on top after struggling his way through the 2019 season:

“Last season were catastrophic for me, and I remember beginning to doubt my own abilities by the end of the season. This season has been challenging and ever so tough, but most of all it has been fun. We’ve had the best atmosphere in the team; better than I have ever experienced before. This is definitely a season, I will look back on with a huge smile on my face”, he says.

BOP regulations made it hard.

After the first practice session of the Silverstone round, the #58 crew knew, that it would take more than hard work and talent alone, if the championship trophy were to fall into their hands. The Aston Martin GT4 cars had been given a marginally better BoP adjustment, and combined with the differences of the cars, the competitors had the upper hand:

“We knew that Silverstone would be tough for us. The track is not a (McLaren) 570S favorite, and their BoP adjustment made the challenge even harder for us – although not impossible”, says Patrik, who in the end had to settle for second.

Anyone watching the race would have a hard time seeing anyone settling for anything until the end of the final lap. The HHC Motorsport #58 duo charged through the three hour race in a near-faultless effort, and in the last 45 minutes of the race, Patrik was seen fighting hard to keep the championship competitors behind the McLaren. As the TV cameras closed in on the battle for third – and the championship win – Patrik gave it all he had, but in the end he had to accept defeat.

“At this point, it was mostly a question of keeping my foot down to reduce the gap between us. No race is over before you’ve passed the checkered flag, so I keept fighting.”

The second place in the championship is secured in a season where the whole world has been turned upside down. The British GT championship races were held with less time between them, leaving less time to prepare for the next race. Back in Denmark, many companies has been forced to prioritize their means away from sponsorships in order to keep business running. Patrik has been fortunate enough to enjoy the full support from all his sponsors throughout the season.

“I am humbled and grateful that my sponsors have stood behind me this season, even when there may have been a lot of reasons to pull away their support. It means the world to me”, says Patrik, who won’t be going into winter mode just yet.

Another challenge is lurking up ahead:

“I will be doing my final exams in a few weeks, so hopefully I’ll be a fully educated car mechanic soon. This season has been quite hectic, so I think a few more weeks like this will be okay – but I am looking forward to a nice and long Christmas vacation”, Patrik says.