Back in the champion fight

If one should pick a single race to win in the British GT4 Championship, it would be the three hour race at Donington Park. Finishing in at the top of the standings adds twice the amount of points to winners account. This is what happend to me and my teammate Jordan Collard. A perfect executed […] 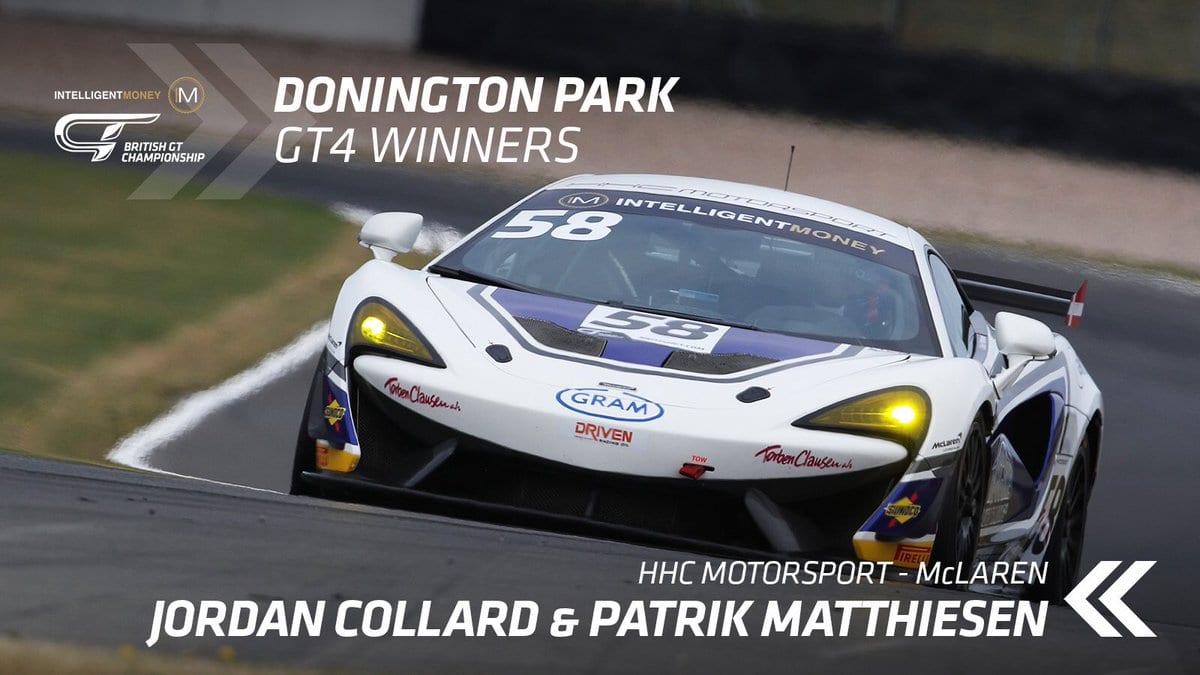 If one should pick a single race to win in the British GT4 Championship, it would be the three hour race at Donington Park. Finishing in at the top of the standings adds twice the amount of points to winners account.

This is what happend to me and my teammate Jordan Collard. A perfect executed strategy took the HHC Motorsport McLaren 570S GT4 to the top of the podium after three hours of racing.

The car was absolutely spot on from start to finish this weekend. The car was fast as ever, such a joy to drive. We qualified secound, and from there it was all about strategy. We had a feeling that we would mainly be fighting the Ford Mustang in pure race pace, and they had an extra 20 second pitstop, due to their win in the last round, so our job was to basically keep the Mustang less than 20 seconds ahead of us.

In a three hour race, many things can go wrong. And a lot of unnecessary time can be saved by taking good care of the car. The HHC Motorsport engineers calculated that the brakes on the McLaren would work for the whole duration of the race, if only we would be gentle to them.

Changing brakes during the race would cost us around two minutes, so both Jordan and I was really careful out there. We stuck to plan A, and it paid out pretty well.

With this victory, we are back in the championship battle. Curently third in the championship, only 2,5 points from the leader. A solid result at Snetterton in two weeks time, could make for an exciting final round at Silverstone in November.